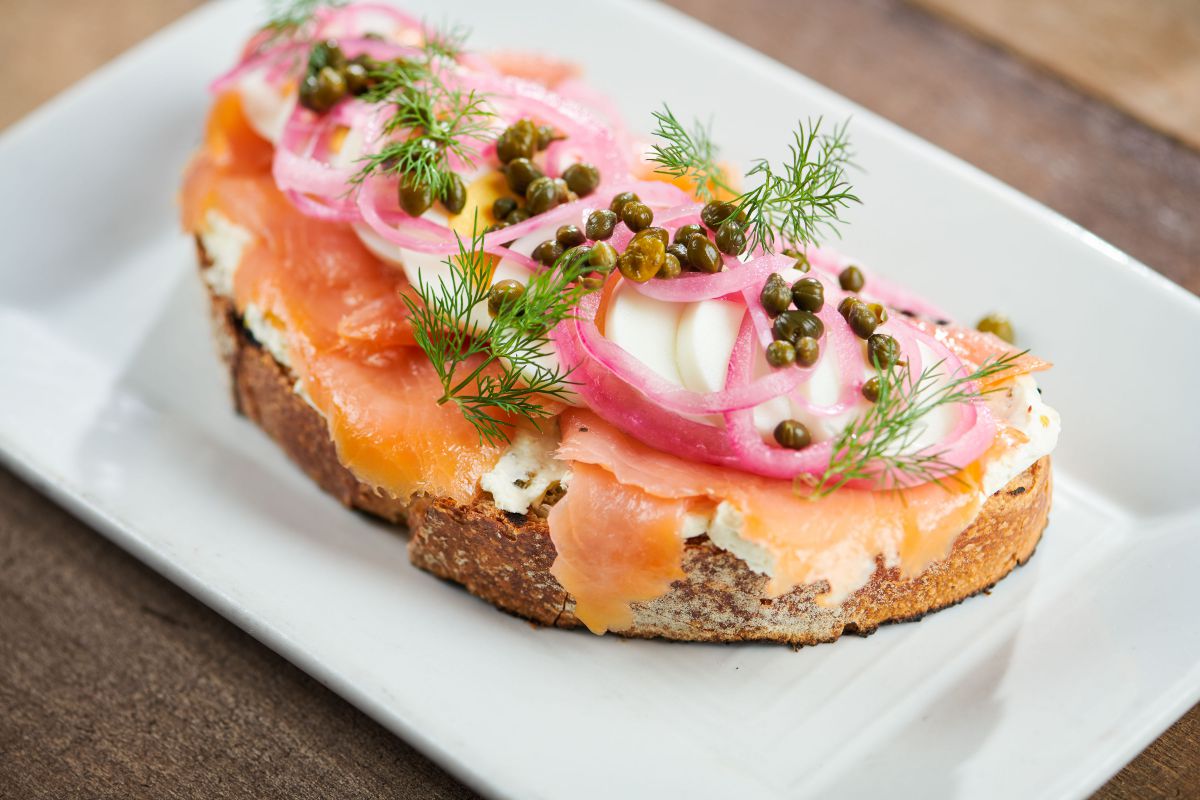 Brunch every day at the westside’s new Toasted Gastrobrunch

“I didn’t want to do something simple like eggs with a bagel or a croissant,” says Ladeki, who’s been doing business in Las Vegas for more than 25 years and longer in Southern California. “I wanted to keep to what a great café can do and upscale it a bit. There’s a lot of demand for an upscale, gourmet experience, especially for brunch.”

Toasted is a spin-off of Ladeki’s Toast Gastrobrunch in Carlsbad, California, which he opened about a year ago. The concept has performed so well in the San Diego-adjacent city, Ladeki says he had to give it a shot in Las Vegas.

“In California, a lot of [diners] are rejecting the high prices and [going out] to dinner less frequently,” he says. “This is a place where you can have a good meal for brunch or lunch, sit down and relax and it’s laid-back.”

The restaurant maintains some of the most popular lunch dishes from the previous concept, including salads and burgers. Among the standout new plates are the Eggs in Purgatory (shakshouka in a sourdough bread bowl with pork belly, mushrooms and feta cheese), the duck confit toast with sour cherry jam, fried chicken with buttermilk pancakes and hot sauce syrup and the smoked brisket melt.

“You know, the Messy Sundae at Sammy’s Pizza, that made us millions of dollars and it’s still going strong,” Ladeki says. “I thought, why not do something different here? I wanted to put this kanafee on the menu and we were trying to figure out a name for it, but it sounds good in English. And we put a different twist on it by putting the coconut inside and adding orange blossom syrup and pistachio.”

Read the original article on LasVegasSun.com